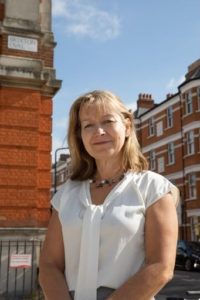 Eche graduated from King’s College London in 2015 with a BSc Hons in Physiotherapy and began working for East London NHS Foundation Trust later that year as a rotational physiotherapist in the community and outpatient services. During this time, Eche volunteered as a steward for the Chartered Society of Physiotherapy, supporting members and negotiating with managers on workplace issues. After completing his rotations, Eche gained experience within the acute services at Northwick Park Hospital, undertaking rotations at the Intensive Care Unit, A+E, Short-Stay Assessment Unit, Stroke Rehabilitation (including the Hyper Acute Stroke Unit), Outpatients and Orthopaedics. In 2018, Eche volunteered as a physiotherapist and researcher at the Centre for the Rehabilitation of the Paralysed in Dhaka, Bangladesh. Eche continued his research and helped publish a paper on “The Long-term challenges faced by stroke survivors and their caregivers following a stroke in Bangladesh” in 2019.

Upon his return, Eche worked as a physiotherapist at Haringey Council Reablement and Hospital Discharge Team. Shortly before the Covid-19 outbreak, Eche was promoted to Assistant Team Manager and supported with operational management and as the Single Point of Access Duty Manager. During Covid-19, Eche was redeployed to the Whittington Hospital Discharge Coordination Centre and worked closely with North Central London colleagues to coordinate hospital discharges for Haringey residents either home with a care package, to step-down or care services.

An opportunity became available for Eche to join Guy’s and St Thomas’ NHS Foundation Trust (GSTT) as a Management Trainee in Autumn 2020. He worked as an Assistant Service Manager in Radiology and assisted the management team with achieving performance targets and providing pastoral support to staff throughout the pandemic. Eche completed his master’s degree in Business and Management at the University of Kent in the summer of 2022. More recently, Eche has completed his senior leaders apprenticeship at GSTT and has joined the Neighbourhood and Wellbeing Delivery Alliance to improve access and quality of care through neighbourhood-led initiatives for all Lambeth Residents. 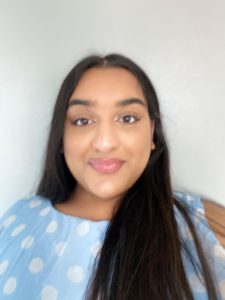 Malaika recently completed three A-levels in Biology, Chemistry, and English Literature and began her career as a dispenser in a community pharmacy. Malaika was recently offered a position as an apprentice administrator at Guy’s and St Thomas’s in August 2022. By assisting project managers, she works alongside the team to improve access and quality of care throughout Lambeth. She is also pursuing a Level 3 Business Administration qualification, which she hopes to complete by November 2023.